Our faith and Mission Statement of “Open doors, Open hearts and Open minds” is expressed locally in a number of ways, as many of us are involved as individuals in a whole host of charitable and community projects. As a church we are currently particularly focused on Shrewsbury Street Pastors, a joint community project which was launched in November 2011 at a service held in St Chad’s. (Centre photo shows Gareth from our own congregation being sworn in as one of the first group of volunteers.) Street Pastors are now regularly on the streets of Shrewsbury watching out for vulnerable (mostly young) people late at night and into the early hours. Street Pastors help people get home safely, getting them back in touch with their friends and providing things like space blankets to keep warm, water to re-hydrate or flip flops if they can no longer walk in high heels. They are linked by radio with the emergency services, the door staff and the town’s CCTV system. To be a Street Pastor volunteer is to be part of a growing initiative that is changing communities Please contact Ian Horne if you would like to know more. 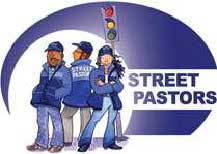 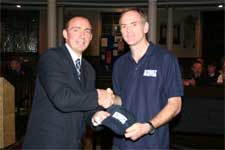 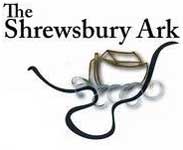 The relationship between St Chad’s and the county town of Shrewsbury is one of service, especially towards all who are vulnerable or disadvantaged. The Shrewsbury Ark is a project set up in 2008 by the Shrewsbury Christian Centre Association in conjunction with “Churches Together in Shrewsbury” and run by a small group of volunteer Trustees (three of them from our own congregation) motivated by their Christian faith to help the needy. There is no discrimination against any who wish to use the centre on grounds of religion (or lack of it) or any other diversity. The vision is to develop and operate a direct access day centre for the most vulnerable residents of Shrewsbury, offering them advice and support in a warm and welcoming environment. The Trustees hope that Christians throughout Shrewsbury, together with those of other faiths who believe that the work of their God involves helping the poor and the afflicted, will support the Ark, by prayers, by volunteering practical help or by financial or other donations. If you would like to help in some way, please contact Tim Compton at the Ark. 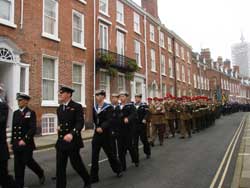 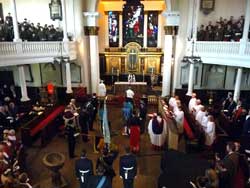 St Chad’s offers itself in service to many local organisations most significantly to the armed forces and the local council, both of whom hold regular services in our church. St Chad’s is the venue for the annual Remembrance Day service in November, the photographs above show members of the various armed forces en-route to the 2011 service and the church full to capacity. After the Second World War our St Aidan’s Chapel was made into a memorial chapel for the local regiment: the King’s Shropshire Light Infantry. The 4th Battalion was presented by the French government with the ‘Croix de Guerre avec palmes’ for their outstanding bravery at the Battle of Bligny on 6 June 1918. Almost a century later ‘Bligny Day’ is celebrated at St Chad’s by a special service every June. The annual Battle of Britain service is organised in St Chad’s each September by the local RAF base: RAF Shawbury. St Chad’s Church plays an important role in the civic life of Shrewsbury. The annual Mayor-making service is held in St Chad’s in May.

Members of our pastoral care team visit those who are sick and housebound and thereby help to maintain a real link with the Church Community for those who are no longer able to attend church. We also have a team of lay people licensed to administer the communion chalice in Church and also available to take communion to people who are sick or housebound. Please contact the church office if you know of someone who would appreciate a visit.